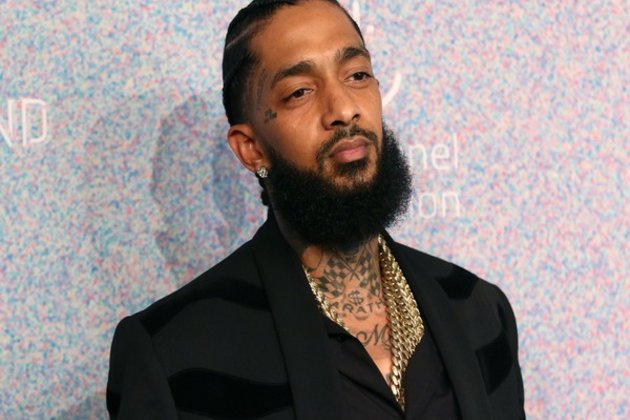 Washington [US], July 7 (ANI): Eric R. Holder Jr. has been found guilty of first-degree murder in the death of rapper Nipsey Hussle in 2019.

Holder stood up in the small courtroom next to his lawyer, wearing a blue suit and a face mask, as the verdict was read. He showed no visible emotion.

The verdict was reached after a jury of nine women and three men deliberated for about six hours over two days. The majority of their deliberations took place on Friday, and they reached their unanimous decision on Wednesday, after briefly reconvening after a four-day break.

While attorneys, reporters, and others waited in the courtroom, jurors were forced to return to the deliberation room for a brief period of time to correct and sign the verdict form. Hussle's family and friends were not present when the verdict was read.Holder faces life in prison when he is sentenced on September 15.The verdict concludes a three-year-long legal saga and a trial that was frequently postponed due to the pandemic.

Holder and Hussle had known each other for years -- they grew up in the same South Los Angeles street gang -- when a chance meeting outside the rapper's clothing store in Los Angeles resulted in the shooting and his death.

The evidence against Holder was overwhelming, ranging from eyewitness accounts to surveillance footage from local businesses that captured his arrival, the shooting, and his departure. His lawyer did not even deny that he was the shooter but instead urged jurors to convict him on the lesser charge of voluntary manslaughter.

The shooting followed a conversation the two men had about rumours that Holder had been acting as an informant for authorities. Holder's lawyer Aaron Jansen said that being publicly accused of being a "snitch" by a person as prominent as Hussle brought on a "heat of passion" in Holder that made him not guilty of first-degree murder.

"This is a provocation that stirs up rage and powerful emotion," Jansen told jurors Thursday.Deputy District Attorney John McKinney argued during the trial that Holder and everyone else in the conversation that preceded Hussle's death were so calm that the "snitching" conversation could not have been the primary motive, and that Holder must have had some previous envy or hatred for Hussle. McKinney told jurors that the nine minutes between the conversation and the shooting allowed more than enough time for the killing to be premeditated, a requirement for first-degree murder.

The jury appeared to agree.Hussle, born Ermias Asghedom, died at the age of 33. When he was gunned down, he had just released his major-label debut album, which had earned him his first Grammy nomination.

He was a well-liked figure in Los Angeles, particularly in the South LA neighbourhood where he grew up and stayed after becoming famous, buying property and starting businesses.In his closing argument, McKinney stated, "He wanted to change the neighbourhood." "He maintained the same circle of friends. And everyone in the neighbourhood adored him. He was dubbed "Neighborhood Nip."Hussle was remembered at a memorial at the Staples Center, and celebrated in a Grammy Awards performance with DJ Khaled and John Legend. (ANI)

ZAGREB, Croatia: Authorities have said that a weekend bus crash near Varazdin in Croatia killed 12 passengers and injured 32.The ...