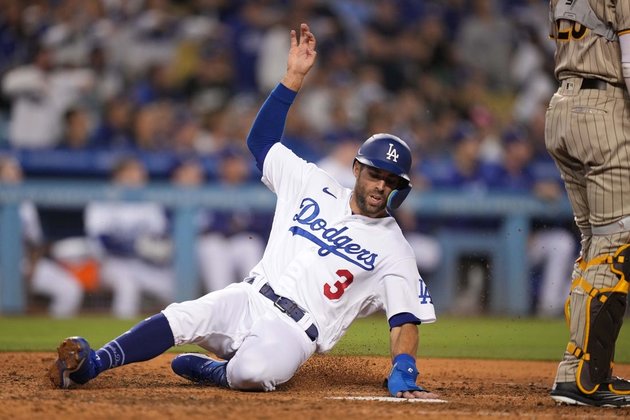 The injury occurred Saturday and Taylor sat out Sunday's game. He returned to the starting lineup Monday but left that game early with discomfort. An X-ray on Tuesday revealed a small fracture in his left foot.

McKinstry, 27, returns after being placed on the IL on June 28 with neck stiffness. He's batting .143 with a homer and two RBIs in six games.

Ferguson, 25, missed 15 games with left forearm tendonitis. He didn't give up an earned run in six relief appearances for the Dodgers after returning from Tommy John surgery.

Pepiot, 24, recorded his first career major league win in his fourth career start Tuesday night, tossing five innings, allowing one run and striking out a career-high six in the Dodgers' 5-2 win over the Colorado Rockies.

OTTAWA, Ontario: Military trainers from Canada will head to the United Kingdom to teach Ukrainians new techniques for fighting the ...