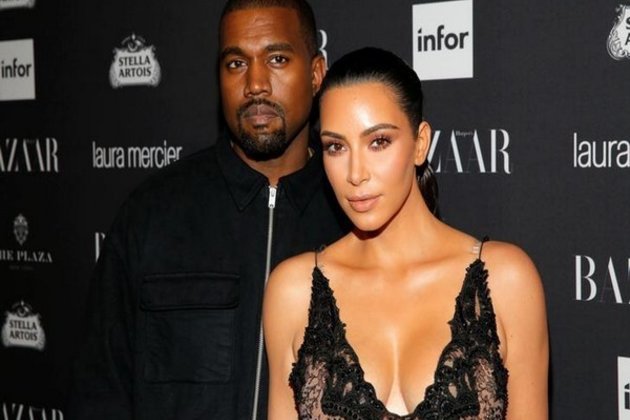 Washington [US], January 16 (ANI): Kim Kardashian is upset over a recent Kanye West interview, where he claimed that she prevented him from entering her home with their kids because Pete Davidson was over.

In fact, a source close to Kardashian told Page Six, "Pete has yet to be introduced to Kim's kids, and it's widely known that whenever he visits her in LA, he stays at a hotel in Beverly Hills where she's been spotted with him."Still, West suggested Davidson was the reason he was unable to visit with his kids at their home in Hidden Hills in an interview with Hollywood Unlocked CEO Jason Lee. But according to sources, West's claim is completely bogus.

In the interview, West claimed, "Earlier this week, Monday, when I went to go pick my kids up from school, the security stopped me at the gate.""So, at that point, security was in between me and my children," he said seemingly elaborating on an earlier clip from the interview where he said, "no security," would keep him from his children.

He continued, "But I didn't want to argue about it. So, I just chilled, took my kids to school, and then took my kids back, I am driving. I bring them back and North was like, 'I want you to come upstairs and see something.' And it's like, 'Oh, Daddy can't come see something. Daddy can't come inside.' But that hadn't been defined."'Entertainment Tonight' first aired the clip from Lee's sit-down with the rapper where he said, "I am the richest Black man and North's father, right, and the security was able to stop me from going into the room with my daughter."The rapper then claimed the reason he was blocked by security was that Kim's "new boyfriend" Davidson was inside.

"I am hearing that the new boyfriend is actually in the house that I can't even go to," he said before ranting, "And, that's where I call my cousins. And, my cousin is real opinionated, you know that.

"She wants all matters regarding kids private, and is so upset Kanye had done interviews, discussing these private matters," another source said to Page Six. "She has always protected the kids and kept things quiet, and always protected him," they added.

Other sources told that Kardashian has been "trying to set healthy boundaries" and described Kanye's latest antics as him "throwing a tantrum.""Instead of showing up at any hour, unannounced at her home, she has asked for better communication from him and for visits to be scheduled in advance to give the kids a more predictable [schedule]," one source said.

"Kanye has never been deprived of seeing the children ever! The narrative that he is trying to create is false and hurtful for their children and their co-parenting relationship. There is nothing standing in the way of him and his children," the source concluded, as per Page Six. (ANI)