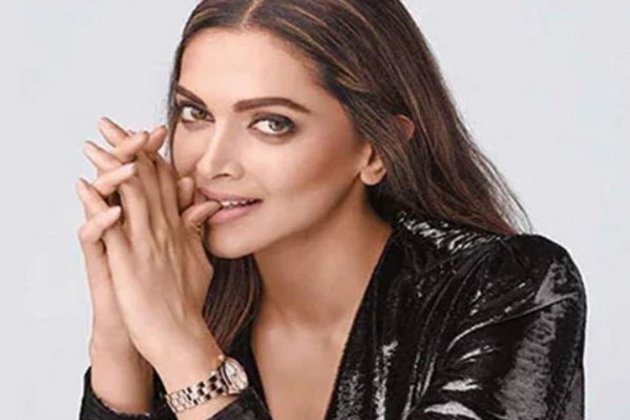 New Delhi [India], July 29 (ANI): Seems like Deepika Padukone is asking for silence on the sets when she is at work as for the first time on Thursday she shared a BTS picture from her shoot for director Shakun Batra's untitled next.

Taking to her Instagram handle, Deepika shared a picture from her untitled next, which appears to be the first glimpse of her character from the movie.

The superstar could be seen dressed in a cozy sweatshirt and pants. With her hair tied in a high bun, Deepika could be seen busy while reading the script of the film.

Sharing the picture, she wrote, "Shh...Work in progress."With the post hitting the photo-sharing platform, over three lakh fans liked it and many left red heart emojis.

The actor also has an impressive line-up of projects in the pipeline including '83', 'Baiju Bawra', 'Fighter', 'Sanki', 'Pathan', and 'K', which is the Indian adaptation of Nancy Meyers's 2015 hit Hollywood film 'The Intern', and will also feature megastar Amitabh Bachchan and 'Bahubali' star Prabhas. (ANI)

MOSCOW, Russia: Russia has indicated that in exchange for increasing gas supplies to Europe to ease the current energy crisis, ...

NEW YORK, New York - U.S. stocks were mixed on Friday with the Dow Jones advancing, while the Nasdaq Composite ...

WASHINGTON D.C.: U.S. power companies are increasing their coal consumption due to surging natural gas prices, dealing a blow to ...

To refinance after bankruptcy, Hertz files for IPO

WASHINGTON D.C.: Rental car company Hertz, which filed for bankruptcy early in the pandemic, emerging on 30th June, has filed ...

SYDNEY, NSW, Australia - Stocks were little moved on Asian markets on Friday, although the tech sector showed some buoyancy."The ...

LONDON, ENGLAND: A British-Iranian woman arrested and jailed in 2016, has had her court appeal rejected by Iranian authorities.Aid worker ...

Nations in South Pacific shifting allegiance from Australia to China

In the wake of the AUKUS deal, Beijing's hosting of a summit involving many tiny Pacific countries is significant. It ...

For first time in US, hearing aids to be sold over the counter

WASHINGTON D.C.: A proposal by health officials in the United States will allow the public to purchase non-prescription hearing aids, ...

HAIFA, Israel: A 900 year-old sword, believed to have belonged to a Crusader who sailed to the Holy Land, was ...

First movie in space filmed by Russians in Space Station

MOSCOW, Russia: A Russian film crew has returned to Earth from the International Space Station after spending two weeks filming ...