Several others to perform at Joe Biden's Inauguration 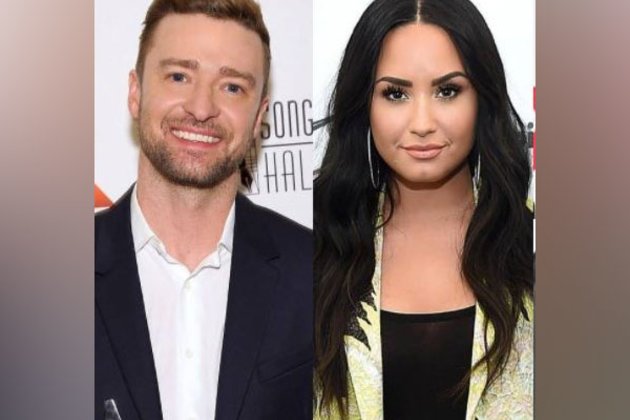 Washington [US], January 13 (ANI): Hollywood stars like Justin Timberlake and Demi Lovato will be among the superstars who will perform on January 20 at the inauguration of Joe Biden and Kamala Harris.

According to E! News Justin Timberlake, Demi Lovato, Jon Bon Jovi, and RB singer Ant Clemons will be the ones to perform at the inauguration festivities for President-elect Joe Biden and Vice President-elect Kamala Harris. This was announced on Wednesday by the Presidential Inaugural Committee (PIC).

This special will feature remarks from both Biden and Harris, in addition to spotlighting American heroes who stepped up during the ongoing COVID-19 pandemic. As per E! News, it will follow the other events of this historic day, including the official Inaugural Ceremonies, a wreath-laying on Arlington National Cemetery, and a 'Parade Across America'.

The program will be aired live on ABC, CBS, CNN, NBC, and MSNBC, along with streaming live on the PIC's YouTube, Facebook, Twitter, and Twitch channels. In addition to that, it will be carried live on Amazon Prime Video, Microsoft Bing, NewsNow from Fox, and ATT DirecTV and U-verse. (ANI)

NEW YORK, New York - Wall Street ended the week on a negative note Friday with all the major indices ...

New and used car sales in Ireland plunged in 2020

WASHINGTON, DC The man who struck down three U.S. Capitol Police officers with a fire extinguisher during last week's storming ...

WASHINGTON, DC - A Utah man has been charged with breaking into the U.S. Capitol last week wearing a bullet-proof ...

Provided by Xinhua | &A 6.2-magnitude earthquake has killed 35 people in Indonesia, injuring 637 and displacing around 15,000 people.JAKARTA, ...

Four dead, many injured after UN peacekeepers ambushed in Mali

Five United Nations peacekeepers lost their lives on Wednesday, 4 in Mali and one in the Central African Republic. 4 ...

BEIJING, China - A team of 10 World Health Organisation (WHO) experts arrived in Wuhan on Thursday to investigate the ...

WASHINGTON, DC - U.S. President Donald Trump on Wednesday became the second U.S. president in history to be impeached.Democrats were ...