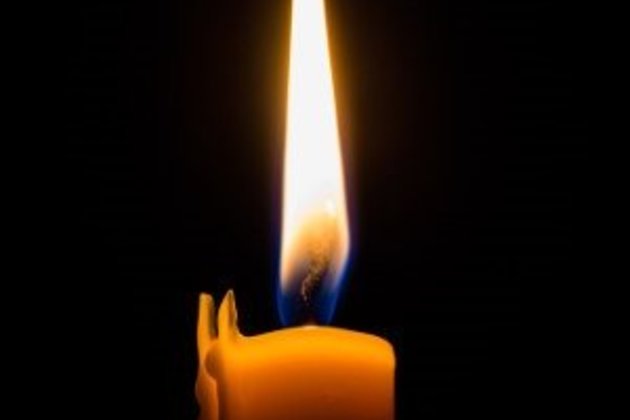 Eskom instituted stage 6 load shedding for the first time at 6pm on Monday evening, leaving some municipalities scrambling to publish schedules for when the rotational power cuts would take place.

At 10pm Eskom announced that it was reverting back to stage 4 from stage 6. The stage 4 power cuts would continue until 11pm on Tuesday, it said.

Before Monday, stage 4 - which allows for cuts of up to 4 000MW - had been the highest level of load shedding yet implemented.

Stage 6 allows for up to 6 000MW to be shed from the national grid, about 12% of Eskom's nominal total capacity.

Speaking to Fin24 on Monday evening, Eskom spokesperson Dikatso Mothae said flooding was a major factor in the sudden shift to stage 6 power cuts. There have been heavy rains in large parts of South Africa, including flash floods in Centurion and Mamelodi that resulted in evacuations. There have also been floods in Bronkhorstspruit, Gauteng; various parts of the Free State; and the North West Province.

Water was reaching "places water is not supposed to be", Mothae said on Monday evening. This was compounded the ongoing problem of ageing plants that had been poorly maintained over many years, she told Fin24.

In a separate statement, Eskom said flooding at both the Kriel mine in Mpumalanga and the Kriel power station meant no coal deliveries could take place via conveyor belt. Abnormally high rain at Camden power station, also in Mpumalanga, lead to flooding which impacted critical infrastructure.

At Medupi, meanwhile, the power supply to incline conveyors feeding coal to silos failed, causing coal-feeding problems and the loss of a number of generating units. "Our technical teams have been hard at work and we are starting to see recovery at Medupi. The incline conveyor belts are now feeding coal into the station to a limited degree," said Eskom.

According to Mothae, load shedding can be expected for the rest of the week. But there may be less pressure on the grid next week when many businesses close, reducing demand. There was a low likelihood of load shedding over the festive season, she said, but it could never be guaranteed that there would be no rotational power cuts.

As a result of the electricity rationing, some mines said on Monday evening they had halted operations.

Public Enterprises Minister Pravin Gordhan, meanwhile, told eNCA on Monday evening that he too has been experiencing load shedding at his private residence.

Gordhan said Eskom was in a "manageable crisis". "We are here to apologise to the country to admit we have problems, that we have to actually deal with and not be shy about admitting them," he said.

Eskom chairperson Jabu Mabuza told eNCA that stage 6 still amounted to "controlled" load shedding. "Stage 6 Not calamity - controlled to protect the system from total blackout" Mabuza said Eskom would reassess the situation at 23:00 to see if load shedding could move to a lesser stage.

"On behalf of government, I am really sorry we find ourselves in this position," he said.

The announcement that stage 6 would be implemented earlier sent shock waves across social media, with "Stage 6" trending within a matter of minutes.

Eskom directed consumers to view load shedding schedules online. At approximately 18:00, however, multiple municipal websites crashed, including the City of Cape Town, the City of Tshwane and the City of Johannesburg, as users logged in to try and download the latest schedules. Some municipalities did not have stage 6 schedules ready.

"CoE does not have [a] #stage6 load shedding schedule," tweeted the City of Ekurhuleni. "We profusely apologise for the inconveniences occurred during this time of darkness," it said in another tweet.

READ: Stage 5 and Stage 6 load shedding? Here's what you need to know

Economist Iraj Abedian tweeted that SA was now "condemned to recession", saying: "With Eskom confirming a Stage 6 black out from today, one thing is certain: the SA economy is now condemned to recession. Eskom too should be put into voluntary business rescue, politicians have proved their inability to grasp the severity of the problem facing our nation. Shame!"

Portfolio manager Wayne McCurrie, meanwhile, tweeted that load shedding will further dampen growth prospects. "Stage 6 now. Truly catastrophic. Cannot expect any growth this quarter. Need new thinking at Eskom. I would rather have permanent stage 1 than go from full power to stage 6 within less than a week," he said.

Interim opposition leader, the DA's John Steenhuisen, said in a statement that Ramaphosa must cancel an international trip to Egypt.

"In these extraordinary circumstances, we call for Parliament to urgently be reconvened in order for President Ramaphosa to address Parliament and the nation on this escalating crisis," he said.

In November 2019, Mabuza said there were at that stage no plans to load shed until March 2020. Mabuza was speaking at the power utility's interim results announcement. "We are not planning to load shed. We continue to be tight," Mabuza said.

The chairperson said at the time that Eskom's coal stockpiles had improved from 36 days in March to 54 days by the end of September. Only one station's coal stock remained below the minimum required, compared to nine understocked stations in March, he said.

In March 2018, however, Public Enterprises Minister Pravin Gordhan had warned of the seriousness of the power supply situation, noting that government announced that it was planning for the possibility of stage 5 and 6 load shedding. Eskom earlier announced that it would be expanding its load shedding plan to 8 stages, allowing for up to 8 000 MW to be shed from the national grid.

In his weekly newsletter on Monday morning, meanwhile, President Cyril Ramaphosa said Medupi power station was "impressive" and a "symbol of the importance of our state-owned enterprises".

However, he said, "The problems with the construction of Medupi and its 'twin' Kusile account for much of the financial crisis at Eskom. There have been other factors, of course, not least of which are the effects of state capture, corruption, loss and shortage of essential skills and mismanagement."

Mothae said on Monday that, although Eskom had been implementing its nine-point plan to turn the power utility around, it would realistically take time to deliver results - possibly as long as two years.

DUBLIN, Ireland - The importance of the tourism industry to Ireland has been highlighted in a report which has examined ...

SYDNEY, Australia - Shares in China dropped sharply on Friday as two populous cities in the country went into lockdown ...

Huanggang locks down over coronovirus threat

BEIJING, China - The authorities in Huanggang city in China have imposed a quarantine lockdown in a bid to stop ...

WASHINGTON, DC - Thirty-four U.S. service members have been diagnosed with concussion and traumatic brain injuries as a result of ...

BEIJING, China - The death toll and infected rate from the Wuhan coronavirus in China has increased dramatically, while the ...

LINGAYEN, Pangasinan, Jan. 24 (PIA) - As China is grappling to contain an outbreak of coronavirus, in the Philippipines, the ...