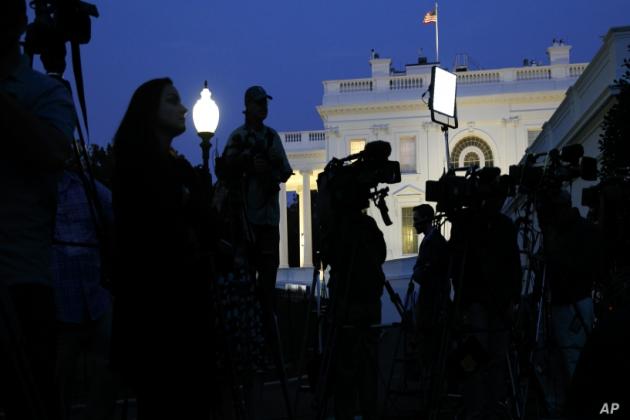 WASHINGTON - A British couple grieving over their son's death in a car accident say they feel they were "ambushed" when U.S. President Donald Trump tried to get them to meet with the American woman who caused the fatal crash.

"If there's going to be a meeting like that, it should not involve a surprise jack-in-the-box pop-out-of-a-circus-tent meeting seven weeks after the loss," Radd Seiger, a friend of Charlotte Charles and Tim Dunn said Wednesday.

Their son, 19-year-old Harry Dunn, was killed in southern England in August when his motorcycle collided with a car driven by Anne Sacoolas, the wife of a U.S. diplomat. She admitted driving on the wrong side of the road.

Sacoolas left Britain for the U.S. shortly after the accident when the U.S. embassy in London refused to lift her diplomatic immunity so she could face charges.

Dunn's parents came to the U.S. to appeal to the Trump administration to lift that immunity.

According to Seiger, a retired lawyer, U.S. national security adviser Robert O'Brien invited the couple to come from New York to the White House Tuesday to meet with "a very senior government official."

They discovered that official was President Trump who told them Sacoolas was also in the White House and suggested the couple meet with her.

But Seiger says when the parents balked and said such a meeting could only take place in Britain, O'Brien continued to pressure them and then "erupted, his face went all red, and I thought he was going to lunge at me." He called O'Brien a "thug."

"It struck us that this meeting was hastily arranged by nincompoops on the run," Seiger said.

The White House denied there was any hostility and the couple said Trump himself seemed to understand why they did not want to meet with Sacoolas. Charles and Dunn described Trump as "warm" and "charming" with a strong handshake and embrace, according to the White House.

"Unfortunately, when we had everybody together, they decided not to meet ... they weren't ready for it," Trump said.

Trump said Sacoolas told him she was driving on the wrong side of the road. British drivers travel on the left side while Americans drive on the right.

"It is very tough if you are from the United States," Trump said.

A representative of Sacoolas has released a statement saying she is "devastated by this tragic accident. No loss compares to the death of a child and Anne extends her deepest sympathy to Harry Dunn's family."

NEW YORK, New York - Stocks in Asia were mostly on Wednesday, in line with the sell-off globally a day ...

Vouchers instead of refunds in case of canceled flights disappoint

One of the lessons the current coronavirus pandemic has taught us is that we depend on electronic devices more than ...

Demand for oil may have peaked

PARIS, France - Although crude prices have rebounded from coronavirus crisis lows, oil executives and experts are starting to ask ...

Countries across the globe re-thinking reopening as coronavirus surges

As coronavirus cases around the world approach 11.5 million, governments are struggling with how to reopen their economies, leading some ...

North Dakota pipeline supported by Trump ordered to be closed

A U.S. federal judge ruled Monday that a controversial pipeline that runs through Native American lands in North Dakota be ...

Yair Netanyahu making name for himself at home and abroad

JERUSALEM - As scandal-plagued Prime Minister Benjamin Netanyahu stands trial for corruption, his 28-year-old son has emerged as a driving ...

WASHINGTON, DC - Broadway actor Nick Cordero, aged 41, has passed away after a long battle with coronavirus.According to Variety, ...