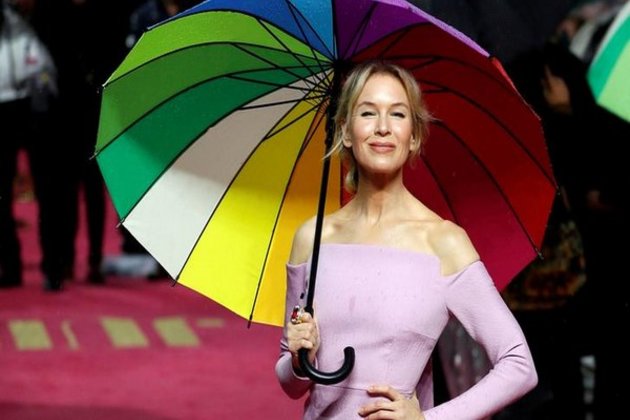 Washington D.C. [USA], Oct 9 (ANI): Oscar-winner Renee Zellweger is soon going to add another feather to her cap as she will be honoured American Riviera Award at the Santa Barbara International Film Festival.

"Ms. Zellweger has always displayed a deep commitment and discipline in her performances which has always made me root for her and admire her deeply," Variety quoted Roger Durling, festival director in a statement.

"In Judy, she adds a ferocity that solidifies her as one of the greatest actors of her time," the director added.

The 50-year old has won an Academy Award for Supporting Actress in the 2003 film 'Cold Mountain' as well as earned the Best Actress nomination for 'Chicago' and 'Bridget Jones's Diaries'.

The American Riviera Award is given to recognize actors who have made a significant contribution to American cinema.

The 35th edition of the festival is set to take place at the Santa Barbara's historic Arlington Theatre and will run from January 15 to January 25 next year.

On the work front, Zellweger was last seen in and as late actor Judy Garland's biopic 'Judy' which hit theatres on September 27.

Meanwhile, she is also set for her digital debut with Netflix's 'What/If'. (ANI)