Modi calls Trump an expert in 'art of deal' 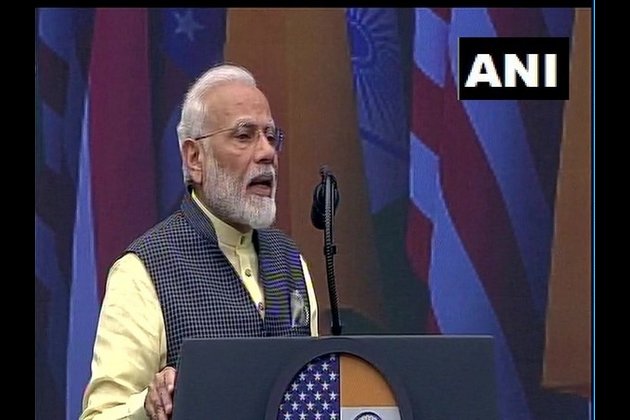 Texas [USA], Sep 23 (ANI): Prime Minister Narendra Modi on Sunday thanked US President Donald Trump for calling him a "tough negotiator" and said the latter himself was an expert in the "art of deal".

The Prime Minister, in his remarks, referred to the book titled 'Trump: The Art of the Deal', co-authored by President Trump and journalist Tony Schwartz. The book talks about Trump's childhood in Jamaica Estates, Queens, prior to moving to Manhattan and building The Trump Organisation. The book also contains an 11-step formula for business success, inspired by Norman Vincent Peale's 'The Power of Positive Thinking'.

The Prime Minister, who addressed a large gathering of Indian American community at `Howdy Modi' event here in the presence of the US President, hoped that there will be a positive outcome of the bilateral meeting between the two leaders.

"President Trump calls me a tough negotiator but he himself is an expert in the art of deal. I am learning a lot from him," he said.

He said there are a lot of opportunities for people of the two countries.

The Prime Minister said the journey of India to be a USD five trillion economy and strong economic growth of the US under President Trump will add wings to the bilateral opportunities.

He stressed that the forward march of the two countries for a better future will get accelerated and all members in the audience were an important part of the endeavour. (ANI)