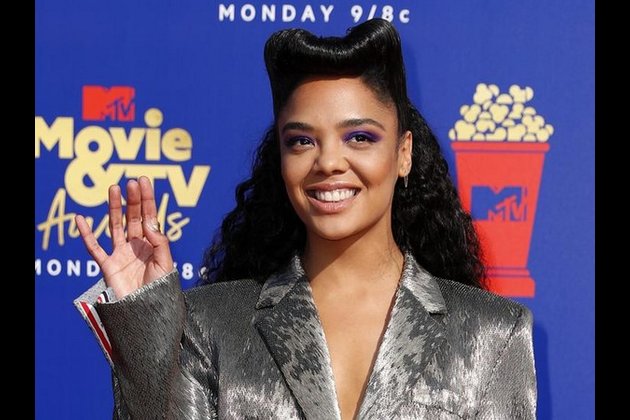 Washington D.C. [USA], July 21 (ANI): During Comic-Con 2019, actor Tessa Thompson, who will be playing the role of Valkyrie in the fourth Thor movie titled 'Thor: Love and Thunder', teased her own character from the upcoming film.

According to The Hollywood Reporter, the actor who will be playing the first LGBTQ superhero in the flick jokingly said, "As a new king [of Asgard], she [Valkyrie] needs to find her queen. That will be the first order of business."Valkyrie, however, isn't the first LGBTQ character of Marvel Studios. It was director duo Russo Brothers who cast the studio's first openly gay character in 'Avengers: Endgame' played by its co-director Joe Russo.

"We've done four of these films and it was incredibly important to us to have a gay character represented somewhere in one of these four movies. We felt so strongly about it that I wanted to play that character in the film," Joe Russo told The Hollywood Reporter ahead of Endgame's release.

'Thor: Love and Thunder' which is set to hit theatres on November 5, 2021, will also star Chris Hemsworth as the Norse god and Natalie Portman as female Thor. (ANI)

NEW YORK, New York - U.S. stocks were mostly higher on Tuesday after sharp falls on Monday.Stocks rebounded across the ...

SYDNEY, Australia - Stocks in Asia remained in sell-mode on Tuesday, a day after stock market falls were felt across ...

Nike on Monday suspended the sale of Kobe Bryant merchandise on its online store, multiple outlets reported.According to ESPN, a ...

Survivors recount horrors of the Holocaust

When the Nazis invaded Poland, overnight, nine-year-old Theodor Meron became "a refugee, out of school, out of childhood and constantly ...

DUBLIN, Ireland - A 37-year old man and his 27-year old wife each been sentenced to around five years in ...