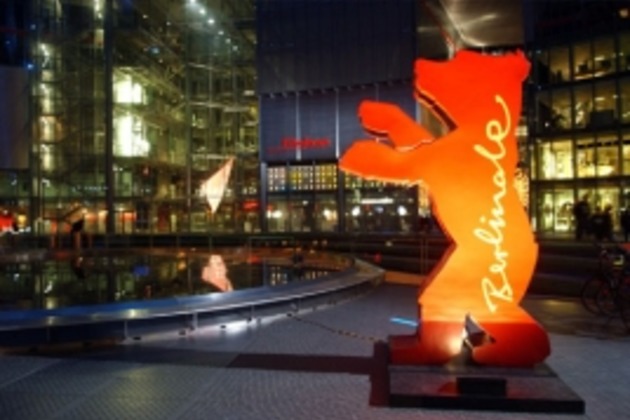 PanARMENIAN.Net - The Berlin Film Festival has unveiled the first 11 films that will screen in its Panorama sidebar, The Hollywood Reporter said.

Politics and history take center stage in the lineup so far, with several titles reflecting on the history of black people from Africa to the Americas and a number examining the political upheaval of today.

The 2017 Panorama will open with The Wound from director John Trengove, the story of a South African businessman from Johannesburg who takes his son to witness the circumcision ceremony of his old tribe.

Haitian filmmaker Raoul Peck, whose new feature The Young Karl Marx has landed a special gala screening in Berlin, will also show his acclaimed I Am Not Your Negro, in the Panorama section. The documentary on the life and work of great African-American writer James Baldwin is narrated by Samuel L. Jackson.

Modern-day politics are represented by Fernando Leon de Aranoa's documentary Politics, Instruction Manual, an in-depth look at the rise of left-wing populist movement Podemos in Spain, one of the few European countries that has seen progressive politics blossom in the past few years. Another doc, Fighting Through the Night, from Canadian filmmaker Sylvain L'Esperance, examines the political situation in Greece. Also heading to Berlin are Kitty Green's Casting JonBenet, a documentary about the violent, and still unsolved, murder of six-year-old beauty queen JonBenet Ramsey 20 years ago; and the Austrian experimental nonfiction film Untitled, from the directing team of Michael Glawogger and Monika Willi.

Among the dramas in Panorama's lineup are Honeygiver Among the Dogs, a film noir out of Bhutan, which will have its European premiere in Berlin; Centaur from Kyrgyzstan director Aktan Arym Kubat; the Taiwanese feature Small Talk from Hui-chen Huang; and Pendular, a drama from up-and-coming Brazilian filmmaker Julia Murat (Found Memories).

The remainder of the Panorama lineup will be announced in January.

NEW YORK, New York - A streak of 113 consecutive months of jobs growth came to an end with data ...

Healthcare for everyone in America needs to be free

Access to COVID-19 treatment is key to helping Americans combat the disease, as well as containing its spread. To their ...

SYDNEY, Australia - It was a downhill day on Asian bourses on Friday, with all the major indices losing ground.The ...

NFL working on two options on how to go about draft

As the NFL maintains its plan to hold the draft April 23-25, the originally scheduled dates, the league reportedly issued ...

WASHINGTON, DC - A staggering 10 million US workers have lost their jobs in the second half of March as ...

SYDNEY, Australia - Stocks in Asia were mixed on Thursday with good gains being made by markets in China, while ...

Reuters suspended from Iraq after story on Covid-19 cases

Time for U.S. to stop plutocrats from directing public policy?

The novel coronavirus is quickly exposing the deadly dysfunction of our national government, which we can all now see represents ...

Paris [France], Apr 3 (Sputnik/ANI): As many as 471 people have died in French hospitals from the coronavirus over the ...

A staggering 10 million US workers have lost their jobs in the second half of March as the coronavirus forced ...

The interruption to the 2020 NASCAR season due to the COVID-19 pandemic has been understandably disappointing and disconcerting for racers, ...

The global death toll from the coronavirus pandemic topped 50,000 on Thursday.The number of deaths continued to soar in Italy, ...